Following our last visit we had realised a number of things:

We decided the best way to tackle this was to fill a van with tools in the UK and drive to Nuremberg, stopping at our favourite shop (Bauhaus) on the way to acquire the wood which we would use to construct the ramp and secure the building.

As such, we set about trying to find a van to hire. On a bank holiday weekend. As a 24 year old. Driving to mainland Europe. Turns out that’s harder than we’d hoped! To compound the issue, Chris was potentially unable to come due to prior work commitments and as such it could have just been me (Adam) heading over by myself.

I tried every hire firm, they either wanted horrendous amounts of money or simply wouldn’t rent to me. The last one I checked was Hertz, thinking there was of course no way a national chain would do such a thing – oh how happily wrong I was! Hertz happily rented me a van (with a young driver surcharge) and provided the required European vehicle on hire form for a set fee of £77. No complaints! So, on the Saturday prior to our departure on the Monday we collected a Mercedes Vito 116 CDI from Hertz and proceeded to fill it with all the tools we thought we’d require. Everything from rip saws and head torches to a Mitre saw, circular saw, drills, impact drivers, reciprocal saws, you name it. Monday morning rolled around, I collected Chris at 3:30AM and we headed down to the Euro Tunnel. We cleared customs with no issue and managed to jump on an earlier train.

We drove from Calais to Nuremberg without much issue, just a bit of traffic around Brussels and Frankfurt – the usual choke points on this route. We stoped in Köln at the Bauhaus there to buy some wood. We thought the Bauhaus in Nuremberg was impressive – this place was enormous! It literally had a drive in shop! We drove the van in and, with some language difficulties, managed to eventually acquire the required wood. With our wallets around 370 Euros lighter (and a load of wood wedged in the van) we continued on our journey.

We arrived at our AirBNB at around 18:30 to a warm greeting from our host and a very pleasant apartment. Despite the fact that we were both running on fumes at this point we decided to head into town for Schnitzel and beer at our favourite restaurant in Nuremberg – Restaurant Oberkrainer. We stayed for a couple before collapsing into bed to rest for the following day.

We awoke fairly early on the Tuesday morning and drove to the local Bauhaus to pick up the things we’d forgotten – namely a set of set squares, some more masks, a knife, and a couple of other bits. We then headed to the location of the machine promptly for 9AM – the time we’d agreed to meet our Auction house contact and Photographer Extraordinaire, Günter Hiller. We arrived and didn’t spare a minute in getting started – the first thing we had to do was get access to the front door, the shutter was totally jammed so we took some crow bars to it:

With the shutter out of the way we could get access to the door. As I previously mentioned this door hadn’t been opened for well over 3, if not 4, decades! The key was long lost, and we couldn’t open it anyway due to the raised floor behind it. As such we took some tools to it:

Now the door was off we could get a good idea of what we were dealing with. The first thing we discovered is that the front step is concrete – that’s not coming out then! Theres a big gap between the false floor and the step. I quickly knocked up a bit of wood with some supports and used it to plug the gap. Next, we needed to look at the ramp. It is at this point I should say that neither Chris nor I are Carpenters. I find wood to be, at best, a frustrating medium to work with. I’ll weld and fabricate metal all day, but wood… well lets just say it’s not my favourite! Still, I’ll turn my hand to most things so we had a good go.

We knocked up a quick drawing of how the ramp should look and at what angle it should be. We then took to cutting our first support and testing it:

We made a couple of minor miscalculations, but nothing we couldn’t sort out. We then set to making another two supports identical to the first (Well, close to it!):

We added some connecting supports between the struts which I don’t have photos of, and then we added the top to the ramp:

We tested the ramp using the time honoured method. Chris and I jumped up and down on it for a bit and then just decided that it was probably alright. Nice.

The next job was to make the building secure again now we’d removed the door. This was accomplished using a 3 step method. Firstly, an internal board was cut and fitted around the fixed hinges, then screwed to the frame inside the building:

Then some supporting blocks were screwed into the board and the frame on the outside:

Then, finally, a piece of OSB was added over the top and screwed into the blocks, the frame, and the board behind:

Now the building was secure again, we could focus on trying to de-cable the machine. We had been semi-dreading this. This machine has been connected up for a long time and the cables are, at this point, around 54 years old. To make it even better, they’re wedged under a very low false floor. Fun.

Anyway, despite a number of seized connectors requiring plusgas to free up the threaded collars, we got most of what we could unplugged. We’ll have to remove some of the totally un-cabled machines first in order to lift the floor and trace the rest of the cables to their origin points to facilitate their safe removal. This is a job for the moving days. We ensured to tag as many of the cables and connectors as we could feasibly do so we have a reference as to where the cables went.

Once we’d done as much as we could we headed outside to clear up the mess from earlier. We also grabbed all of the manuals and uncatalogued disk packs as we could. Then we packed up.

Whilst browsing through the manuals, we made an incredible find. We thought these manuals were just operator manuals, but no! They’re Field Engineering manuals for the machine! These are almost literal gold dust. We brought them back to the UK with us and are currently looking for a Wide Format Scanner with which to scan them.

Having packed up and driven back to the AirBNB, Chris and I agreed that more Schnitzel and beer was required. Back to our favourite restaurant!

Unfortunately Chris had to catch a flight from Munich to London the next morning to make a couple of meetings whilst I was driving back alone. As such when the morning rolled around Chris headed off and I packed up to leave. The night before we’d just thrown the stuff in the van and it was in no state for an Autobahn trip, as such I emptied the van in the quiet German street on which we were staying and re-organised the contents ensuring to secure everything appropriately. I had brought back some of the wood with me, which would only fit in the van diagonally. I wasn’t keen on this so I spent 15 minutes sawing it in half, much to the general confusion and amusement of the passing locals.

At around 9:30 I departed Nuremberg for Calais (via Carrefour in Belgium). I stopped at the aforementioned Carrefour to stock up on Belgian beer and then drove the long slog to Calais. I got the 22:50 train back to the UK and then drove home (despite the M25 being shut and being redirected around the south-circular), arriving home around 2AM, having covered 681 miles in 13 hours and 48 minutes. The total round trip mileage was 1341.3 Miles. Not bad!

We’re headed back on Wednesday to make the big move. Stay tuned!

Silicon Glen, and a COVID-19 Update!

Adam is multi-talented engineer who's been involved in the computer history field for over a decade at The National Museum of Computing. Adam wears many hats, but he's primarily a Railway Engineer day to day, and when he's not playing with trains or computers he's probably to be found designing and building something vehicle related.
View all posts by Adam Bradley →

There are 3 main writers who contribute to this restoration blog: 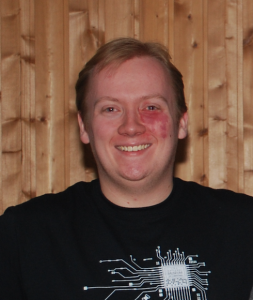 Adam Bradley – Adam is a multi-talented engineer who’s been involved in the computer history field for over a decade at The National Museum of Computing. Adam wears many hats, but he’s primarily a Railway Engineer day to day, and when he’s not playing with trains or computers he’s probably to be found designing and building something vehicle related.

Christopher Blackburn – Chris is an engineer with a strong background in Electronics and Control Systems Engineering, having obtained a Master’s degree in Electronic and Electrical Engineering with Computer Science at UCL. Chris has been involved in many interesting projects in the past, mostly focused around the UK Railway system. Chris has also been involved with The National Museum of Computing for some time. 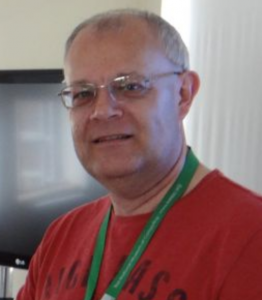 You can meet the rest of the project team members here.